Little known but very rare in the UK the Old Trinity House buoy shed is one of only four similar building in the UK and the crane is one of only 14 examples surviving. Trinity House had been founded in 1369 and had become responsible for the safe navigation of the Humber in about 1512. In 1799 a specific buoy shed was built in the garden to the west of Trinity House. It's doors were positioned to open through the Old Town wall. All the buoys and chains etc were brought to this one place and it also became the repair workshop too. By 1839 a blacksmith's forge being installed to assist with the maintenance. In 1829 Princes Dock was completed and this meant that the buoy shed would now be next to the quay side. In 1841 the building was rebuilt to provide better facilities and more space to work on the new larger buoys and light floats.

By 1861 the number of buoys and floats and the amount of shipping on the Humber meant that there was much more work required to maintain the navigational marks and the buoy shed was very busy, watched over by a Buoy Master. In 1863 a crane was supplied by the Humber Bank Foundry. It was able to lift 4 tons and the jib was fitted to the wall of the shed. The winding drum and friction brake were fitted inside the shed. It may be that this crane was insufficient and in about 1865 it was replaced with the crane that is now by the new buoy shed. It may also have been fitted elsewhere and bought for the site second hand as the crane is thought to date from 1865. 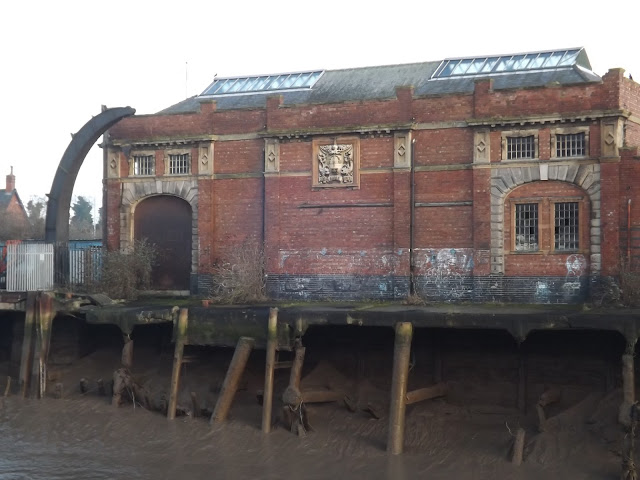 A view of the River Hull aspect of the Trinity House Buoy Shed and crane from the west bank. https://nl.pinterest.com/pin/519532506983494239/
Detail of a similar crane from a paper written by Sir William Fairburn the designer and holder of the patent. The base below the surface that holds around a third of the crane as counter weight in a circular pit can be seen in the upper photograph.

Sir William Fairburn was born in Scotland  1789, but moved to Manchester in 1813. He set up an iron foundry in 1816 and then moved on to making iron steam vessels. Being in Manchester did not make things easy for ship building. For a ship called the Minerva it had to be sent to Hull in pieces, constructed and then sailed to Rotterdam and up the Rhine. It then had to be taken to bits to get past the Rhine Falls and then to Lake Zurich. The ship building moved to London and the company started building railway locomotives, exporting them all over the world. He also invented the box girder whilst he was coming up with plans for bridging the Menai Strait in 1840's. He took out the patent for the tubular jib crane in 1850 and allowed them to built under licence. The one in Hull was designed to lift 10 tons and to swivel through 360 degrees. It had manual gearing and a brake and was later fitted with an electrical motor. When the workload for the buoy shed on Price's Dock side got too much for the size of the facility a tender was put out by the House Surveyor. They received an estimate of £6000 so they were told to proceed. The shed was to included a 10 tons crane so whether they reused their old one or bought from else where is not now known. 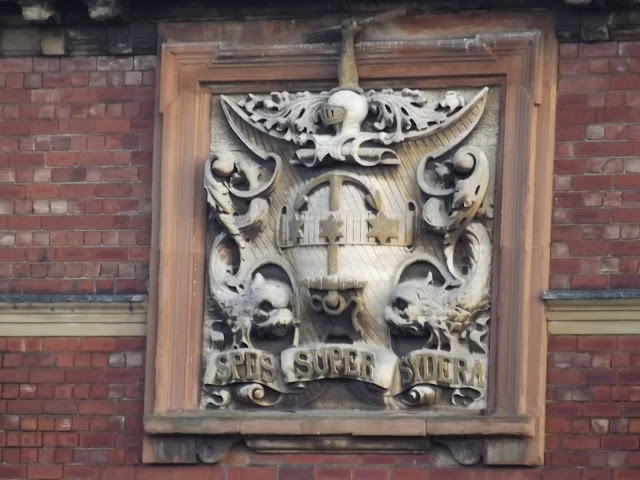 Detail of the Trinity House crest on the Buoy Shed. The Latin motto reads 'SPES SUPER SYDERA' and means 'Hope beyond the stars'. 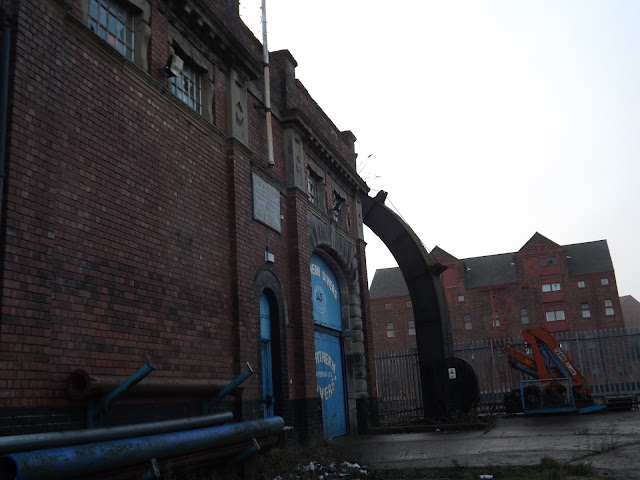 The northern aspect of the shed with 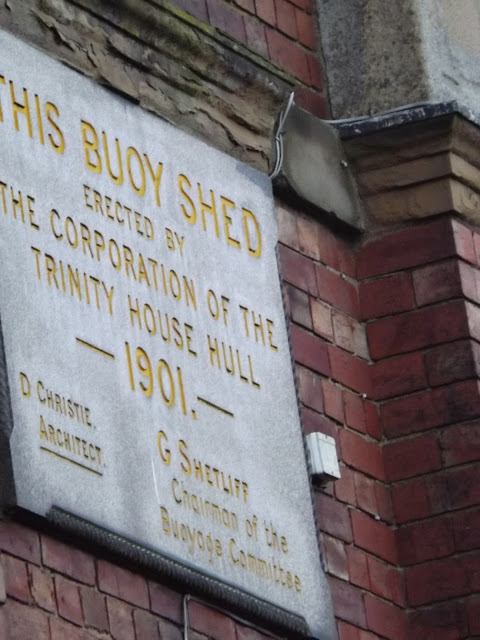 The plaque on the north aspect with the information regarding when the buoy shed was opened. 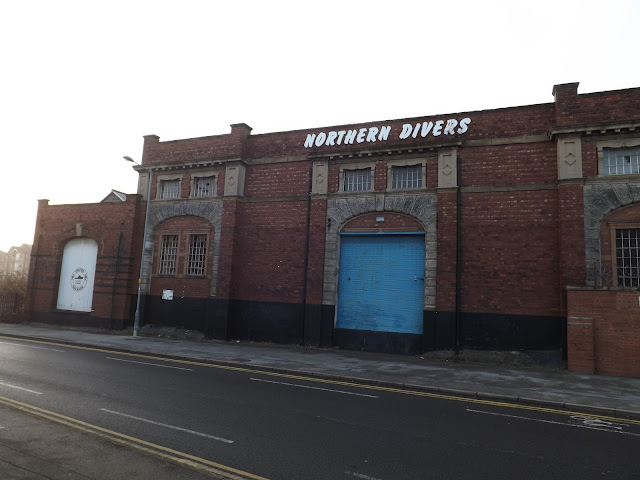 The building was used by Northern Divers. The company was started in 1963 and supplied underwater services to civil engineering projects, shipping and salvage work in land and coastal. They now have warehousing and offices on Sutton Fields Industrial Estate.

Garrison Side, the east bank of the River Hull below Drypool Bridge is designated as an area of development and an area of archaeological interest and is subject to a planning management plan by Hull City Council. The Buoy Shed and crane are Nationally and internationally important so should be preserved at all costs. For the citizen or visitor they make just another point of interest on a very fine walk up the River Hull from Sammy's Point/Pier to North Bridge.