Fact 75. Largest ships, on highest lake made in Hull.

Earle's Shipyard (See Fact 46) was responsible for the construction of the two largest vessel built for the highest navigable lake in the world, Lake Titicaca in Peru/Bolivia. 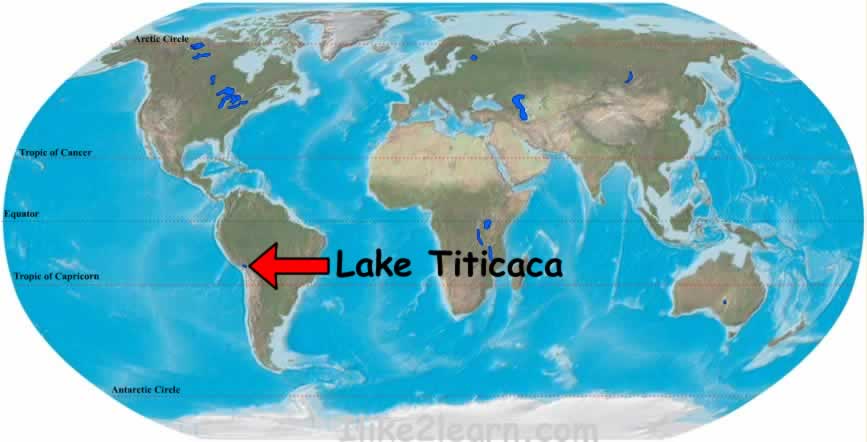 http://www.ilike2learn.com/ilike2learn/lakemaps/Lake%20Titicaca.html
Showing the position of Lake Titicaca, along way from Hull!

By the late 1800's Peru had got heavily into International date due to wars and natural disaster.s Britain took over the Peruvian Railway system as payment of her debts. There were already some British built kit ships on the Lake, built in 1861 and reassembled in 1870 and 1872. These were only about 100' in length and needed augmenting by 1904. An increase in traffic on the Lake warranted a new ship that was to be twice the size at 220' and the order went to Earle's. The ship was constructed in Hull and all the parts marked. The engines and boilers were built but not fitted into the ship before also broken down and crated. Each crate could weigh no more that 12.5 cwt (0.63 tonnes) and have dimensions less that 10 ft wide and 11 ft high. She left Hull in he boxes in early 1905 having cost £22285. The parts were transported up 12500 ft to the lake by railway and reassembled. She was set to work by mid 1905. 220' long 1809 GRT. 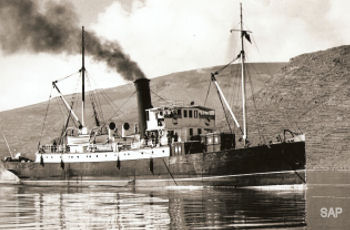 http://www.nonesuchexpeditions.com/nonesuch-features/lake-titicaca-steamships/titicaca-steam-ships.htm
SS. Inca in Puno Bay 1967. She was later broken up and sold for scrap.

Tarde continued to increase and despite the World Depression and the start of motor vehicle transport in earnest trade on the Lake was still increasing to the degree where another vessel was required to keep up with the cargo offered. The railway company again turned to Earle's. The new ship was to be even bigger at 260' long, 950 DWT, 2200 GRT and have a speed of 14.5 kts. powered by four oil fired steam engines. It was to carry 66 1st Class and 20 2nd Class passengers, and 950 tons of cargo.

Construction started at the yard in Hull when the keel was laid in June 1930. As with the INCA the ship was fully assembled using nuts and bolts so that it could all be checked and then properly marked to assist in reassembly. Five months later it was loaded into a PSNCo ship 'La Paz' for transport to Mollendo where it was then taken by railway up to Puno on the Lake.

http://www.hull.ac.uk/mhsc/FarHorizons/images/OllantaSmale.jpg
William R. Smale. Earle's engineer in charge of the reconstruction in Peru at Lake Titicaca in 1931.

To ensure the parts were all put together correctly Earle's sent one of their best engineers with them. William Reginald Smale originated from the West Country but had joined Earle's as an apprentice, he later sailed as an engineer on some of Ellerman Wilson's vessels and during WWII was an essential member of the team that kept Hull going during the heavy bombings of the German Blitz. He had a tough job to do as not only were there no skilled labour for the job, there were no proper tools and there wasn't even a slipway to build the ship on. He set to with a will and soon had the slip completed and the first plate was laid 24th March 1931. He managed to improvise the heavy machinery by adapting that used by the railway company. His original orders were to wait for a group of workers from Britain to come and assist with the launch. However he was supremely confident in his workers and himself that he went ahead an launched on 18th November that same year. The launch party arrived with the ship in the water and it just been fitted out.

http://www.hull.ac.uk/mhsc/FarHorizons/images/OllantaAssemblyd.jpg
On the slip with the shell plating almost complete. (From William Smale's original photograph)

http://www.hull.ac.uk/mhsc/FarHorizons/images/OllantaAssemblyb.jpg
Nearing being ready for launching with the deck plating being close to completion. Note the numbering of the parts of steel work.  (From William Smale's original photograph)

http://www.kellstransportmuseum.com/Tit.html
Photo taken on the bridge in 2004

http://www.kellstransportmuseum.com/Tit.html
The dining room taken in 2004.

Although the Inca was broken up the Ollanta survives and still employed cruising the lake as although not used by the railways on scheduled runs she is chartered out for the use of tourists.

Ollanta's Earle's builders number was No.679. Only three other ships were built at the yard afterwards as it fell to the Depression. Soon after the yard closed almost all the equipment was sold and transported to Hong Kong for the Kowloon ship yard, including the hammerhead crane.

William Smales remained in Peru for some years working for the Peruvian Railways, before setting off with a Yorkshireman on a horse back adventure to sail home from the  Atlantic side of South America. He later worked in India on a major project before returning to Hull during it's hour of need in WWII. He also had a hand in the building of the Mulberry Harbour that helped secure the Normandy Landings and the end of the war in Europe. He died in the 1990's.

Hull has a great maritime history, not just deep sea trawlers, and these days not much is made of the port and the deeds of the past, or the future, but Hull developed and grew due the Humber and access to trade.