Norman Collier was born to Tomas and Mary Collier in the centre of Hull. The family lived in a two up, two down terraced house with only a cold tap. By the end he was the eldest of eight children and once joked that five of the children shared a bed. Norman volunteered to join the Royal Naval at 17 towards the end of WWII. He became a gunner on an aircraft carrier.

After he was demobbed in 1948 he worked as a labourer. One evening he was at a club in Hull with a mate, Perth Street West Club, when one of the acts didn't turn up. It was normal in these circumstances that when this occured a call went out to the audience to see if anybody wanted to come up and do something. Norman put his hand up. It was this experience that made him realise he felt comfortable up on stage and really enjoyed a live audience which was some thing that stayed with him for his six decade career. This experience made him invest five bob (25p) in obtaining a Variety Artists' Association card so he could continue to perform. He started then appearing at a few local clubs and pubs. Later on, when working at BP Chemicals at Salt End just outside Hull we was caught making his work mates laugh whilst shifting scrap metal about. He thought he would be in trouble but his foreman realised that it was making the gang more productive in the tough job in bad weather so encouraged him. This led to him start appearing in a wider area of the northern club circuit and so his names started getting better known. By 1962 he was making enough money at his craft that he became a full time comic and continued to expand his fame through the 1960's.

Norman Collier's style was not the normal series of jokes in a set but took a normal situation and managed to make it into an absurd monologue. He did not resort to racism or swearing to get a reaction and he was able to make fun of the northern stereotypes by taking his audience with him rather than shocking them. His big break came in 1971 when he appeared on the Royal Variety Command Performance where he was the highlight of the night and the critics all acclaimed his act. He seemed to be very relaxed in the presence of the Queen when presented to her at the end of the evening. He had worked a very long 'apprenticeship' in the Northern Clubs and won the respect of his fellow comedians. It was Jimmy Tarbuck that dubbed him the 'comedian's comedian'. Following the Command performance he appeared on television frequently. However it may be that more wasn't seen of him as the trend was for short sharp pieces to camera. Norman's main sets were the long monologue that didn't really appear on TV until much later in his career. He continued to find loads of work all over through the 1970's and 80's. 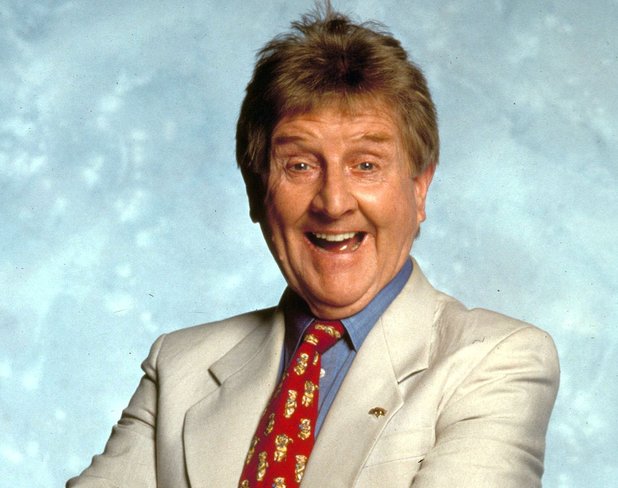 Norman Collier was never wooed by the bright lights of London and always lived in the area of Hull. His wife, Lucy, would pack him up with a tin of sandwiches when he traveled the circuit. He has appeared all over the world but always returned to Welton to the west of Hull. Lucy and Norman had three children and that led to grand children and great grand children. Norman loved nothing better than being with his family. He was diagnosed with Parkinson's Disease seven years before he died but kept it largely quiet as he didn't want to worry people. It was at a family barbecue where he fell and broke a hip that started his final decline. He died in March 2013 with his family around him aged 87. There were many obituaries from his fellow comics old and new. His great friends, Little and Large had given Norman one of the experiences that he enjoyed the most. He loved the pantomime when he was in front of family live audiences and his favourite time was appearing with Little and Large at the New Theatre.

His two most famous acts were the faulty microphone act and the chicken sketch. He was performing at the Wheatley Working Mens Club one day when the Chairman was calling out bingo numbers when the microphone socket wasn't fully pushed into the socket. He was doubled up with laughter and, when back at home, wondered if he could do something similar. It went down so well he kept it in the act ever since.

Norman Collier demonstrated  the best of the characteristics of the people of Hull and one day there will be a statue for him in the City.
Posted by NB Holderness at 03:51