Joseph Rank was born in March 1854 at his father's mill on Holderness Road and was the eldest of four surviving brothers. His mother died in 1858 having never recovered properly from her last born. James, joseph's father was a hard task master and set his sons to work in the mill learning the trade, and as the eldest Joseph would have had the lions share to do. His father was a devout Methodist. He later re-married and they had another four sons and a daughter. James died in 1874 and despite an estate of £30000 Jospeh's share was £500 due to all the off spring. That same year Joseph set him self up in his own business leasing a mill also in Holderness Road and became the third generation of Rank's in the milling industry.

In 1880 he married Emily Voase and this made him realise that his initial enterprise had cost him the loss of £200 of his inheritance and he vowed to redouble his efforts to care for his family. By 1883 he had seen the way forward as he had visited his first roller mill that used steel rollers rather than mill stones and realised that it was more efficient and would lend itself to automation. It was this same year that he had his religious conversion at a Methodist chapel in Hull and followed a more evangelistic mission path.

As he couldn't make a windmill earn money he decided to take a co-tenancy of the West's Mill also on Holderness Road and soon was making money and putting by for the future. There was great competition from America and Hungry and Joseph explored ways to compete with them. By 1885 he was ready to invest in a new mill and built the Alexandra Mill. The mill was engine driven and could mill 6 sacks of flour an hour using steel rollers rather than the more usual 1.5 an hour. He soon increased this to 10 sacks an hour.

By 1888 business was booming along with the city of Hull giving even greater demand for his products. He built a new mill by the River Hull. It was the most up to date in the country. It was powered by a triple expansion steam engine, the first such use of this in the UK. It also had a 20000 quarters silo for storage and the first discharging elevator in the UK. It had a capacity of 20 sacks an hour but this was soon increased to 60 sacks an hour. Demand was so high that instead of closing Alexandra Mill it was refurbished and ran at 20 sacks an hour. Clarence Flour Mill with the discharging elevator working on a ship. The rounded roofed sheds are aligned along the River Hull entrance into Victoria Dock.

In 1899 Joseph Rank Limited was registered as a private company with Joseph as the governing director which remained until his death. Industrial expansion at the time meant there was much malnutrition at the time and this was illustrated by the Army having to drop standards of fitness to recruit for soldiers for the Boer War. The height requirement was dropped to 5 foot only! He was challenged to increase production so developed a plant with capacity of 30 sacks an hour and another of 40 an hour. He also established a number of agencies in order to more efficiently distribute the staple food around the company.

In 1902 he traveled to America to see the competition and on his return he set about to overhaul them. In 1904 Clarence Mill was expanded to 100 sacks an hour and mills and silos had been built in London and Barry in Wales. In 1912 a silo and mill was built in Birkenhead to supply Ireland and the North West of England. The company headquarters were moved from Hull to London in this year too.

His wife Emily died in 1915 after they had had three sons and three daughters. He remarried in 1918 to Annie Maria Witty and the business went from strength to strength. When WWI came along Joseph was placed on the Wheat Control Board but fell out with their inability to look after large quantities of wheat as a large number of ships were lost. Rank used his own resources to buy and store wheat and increase production of his London Mill. During the War he had 3000 employed. most of the women.

After the war production of flour out stripped demand and Rank's were able to buy out many of the smaller millers buying out 15 companies in as many years. Each of the newly acquired mills was up dated and made more efficient. To assist in distribution he also created the British Isles Transport Company. Further mills were built in Belfast and Southampton and the company became public company in 1933 called Ranks Limited.

Joseph was a firm believer in self help but gave generously to the Methodist Church and others. He set up The Joseph Rank Trust that is still in existence today and partly for this he was made a Freeman of the City of Hull. This was the only honour he ever accepted despite numerous offers. He had said that John Wesley preached that one should make all they could, save all they could and give all they could and he would follow this and not leave a fortune when he died. On his death a minister said that he had written a cheque for £4700 for a new mission in London, but refused to buy a newspaper on the station as it had just gone up to 2d. A good Yorkshireman for sure. He was one of the first to advocate matched funding for charities etc as he believed in self help so would get them to raise money for themselves and then match it. In 1938, with WWII looming Rank was secretly tasked with acquiring wheat to build up wheat stocks for the coming conflict. Much bomb damage was sustained by Rank's mills as they were situated at the strategic ports. On looking on at the severe damage caused by bombing to his first modern mill, Clarence Mill in Hull he must have felt a heavy heart at what the future held, especially as he was in his eighties by then. All he asked was if all the horses had been saved, as he had always loved horses since working with them at his father's mill. All had been saved and in fact my Mum tells me that some were brought to Annison's Undertaker's where she was born and raised to be housed in the stables on the premises. Steel rollers found in the Clarence Mill after closure in 2005.

Joseph died in 1943 and control passed to his eldest son James. The second son,  Rowland, had joined another millers in Battersea before he died in 1939. Reconstruction of the damaged mills was the first priority and then new mills were built in Gateshead and Leith. In 1952 James died and the youngest son Arthur took control. Arthur had already made his name with the J. Arthur Rank Company that were major British film makers and distributors. Under Arthur the company expanded into agriculture and bakeries. They earned a reputation for high standards of nutrition for human and animal products and their quality control was second to none with testing at every stage of the process. For the next decade the company bought other businesses to grow and in 1962 they bought Hovis McDougall to be come Rank Hovis McDougall. 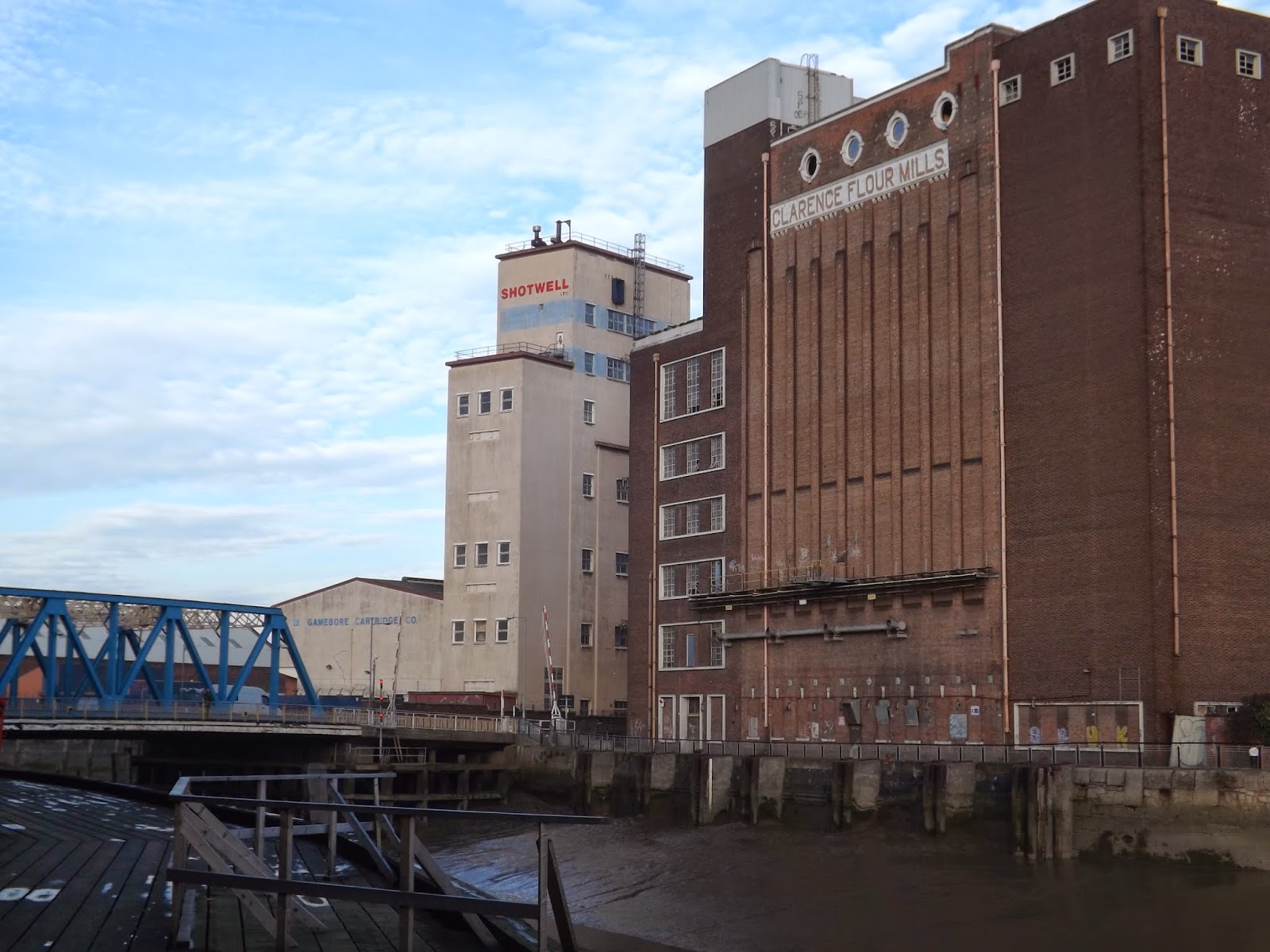 The Clarence Mill was rebuilt after WWII but incorporated some of the original mill. It became redundant in 2005 and is to be demolished to make way for a 23 floor hotel and casino.

Joseph Rank contributed to the growing reputation of Hull when it was developing and never lost his love of the city that gave him his start.