Fact 40. The Spiders from Mars were actually from Hull.

On 6th July 1972 pop music changed for ever when Ziggy Stardust (David Bowie) and the Spiders from Mars performed on 'Top of the Pops'. This performance influenced people as varied as Gary Kemp from Spandau Ballet, Ian Mc Culloch of Echo and the Bunnymen and Boy George of Culture Club. It was seen as a breakthrough performances.


Top of the Pops performance transmitted on 6th July 1972 but recorded the day before. Davis Bowie on left and Mick Ronson on the right.

The Spiders from Mars consisted of Mick Ronson (guitar), Mick (Woody) Woodmansey (drummer) and Trevor Bolder (bassist). All of them were from the Hull area. Prior to the Spiders from Mars there were two other East Yorkshire musicians working with Bowie, John Cambridge and John 'Hutch' Hutchinson. Cambridge and the first three played in a band in Hull called 'The Rats' and had some success before Cambridge ventured to London and started working with Bowie. Cambridge before venturing back to Hull to tempt Mick Ronson down to London to join the 'Hype' that became the Spiders. Ronson was working for the council marking our football pitches. Not long after he called Mick Woodmansey as they needed a drummer. In turn they called for Trevor Boulder to join too. 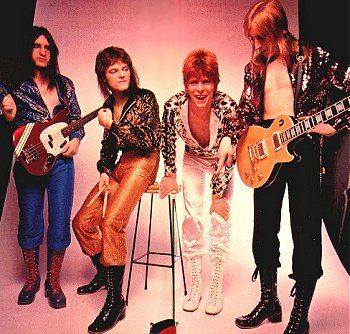 Mick Ronson was a proud Yorkshireman and very masculine and so was a great counterpoint to David Bowie's image. He was a brillaint guitarist and has been rated as the fourth best ever at some time. We also arranged the music for several Bowie albums. Mick Woodmansey took over the drums from Tony Visconti and had had is own bands in and around Driffield where he was born. Next came Trevor Bolder who was a good trumpet and cornet player as a youth.

Some of the Spiders were more reticent that others to embrace the new Ziggy fashions and Mick nearly headed back to Hull as he feared that he would lose all his friends if he had to dress like that! Mick Ronson was also credited with arranging on the album.

Mick Ronson died in April 1993 of liver cancer at age 46. Trevor Bolder died in Hull in May 2013 of cancer aged 63. Mick Woodmansey is still drumming and is currently with 3D. 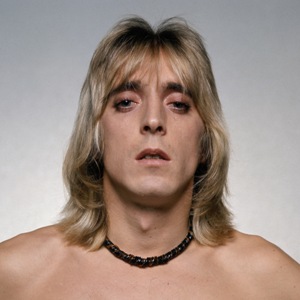 As a fitting tribute to these trail blazing musicians wouldn't it be great to really feature them and their music during our year of culture. At present there is an underused small stage dedicated to Mick Ronson in Queens Park. There could be all sorts of people playing the music at a concert or Sound a Like/Look a Like competitions and also some permanent recognition in the area.