Blaydes North End Shipyard on the River Hull was the birth place of HMS Bounty. They also had a yard at Hessle Cliffe where the Humber Bridge now reaches the North Bank. The builders constructed merchant and Royal Naval ships. HMS Bounty actually started life a merchant vessel named 'Bethia'. She was built in 1782 and was used in the Baltic timber trade. She had three masts and of about 400 tons and had 15 crew.

In 1787 she was bought by the Admiralty where she was taken to Deptford on the Thames to be converted for an expedition to the South Seas. The plan was to obtain Bread Fruit plants there and keep them alive back to the UK and the Caribbean. The plan was to use the fruit as a cheap food to feed the slaves working on the plantations there. The alterations including increasing the accommodation to house 40. The officers quarters were cut to provide an arboretum for the saplings on the quarter deck. She actually sailed with 46 crew. 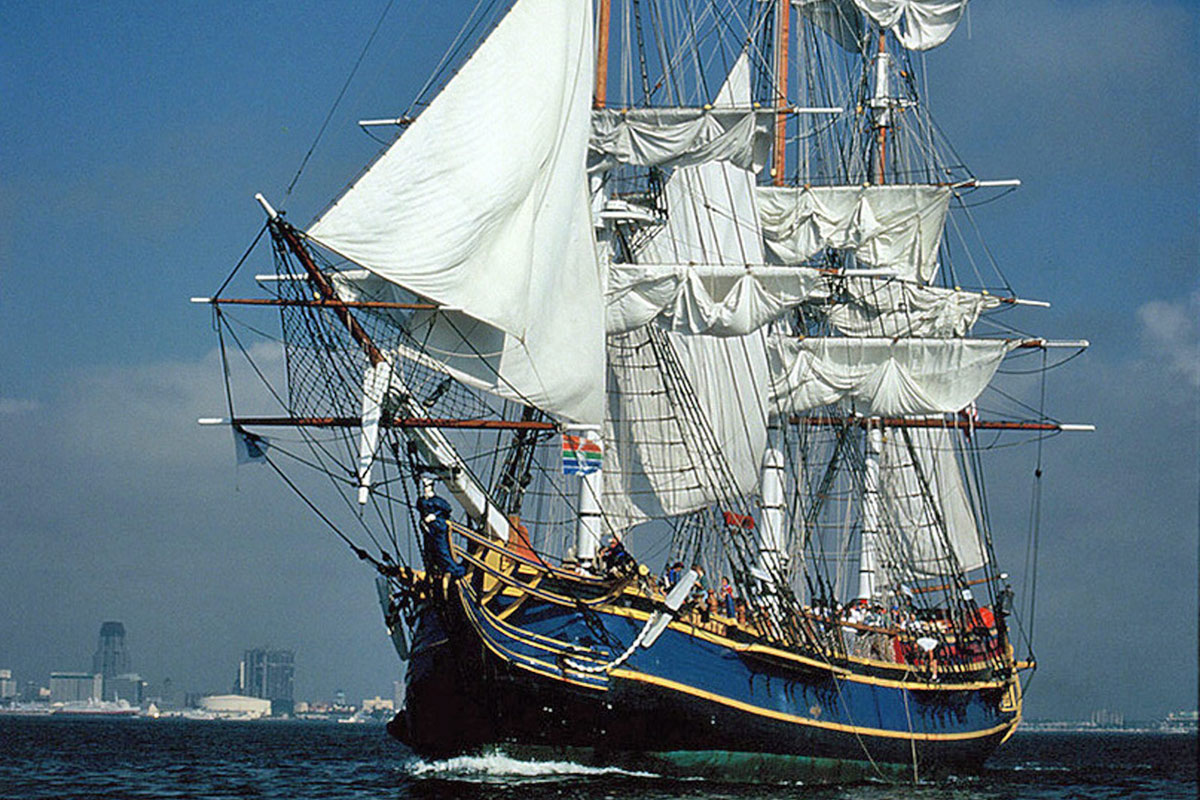 This may help to explain what transpired later in the voyage. The voyage to Tahiti took 10 months and the difficulties of 46 living in a space designed for 15 would have told on all. Then to arrive in Tahiti that would have seemed like paradise to them and spend 5 months living ashore to collect 1015 breadfruit trees would have made it a real disciplinary problem when having to become cooped up aboard again for a perilous trip back to the UK. The Officer in Charge, Captain Bligh, would have resorted to the well worn trick of maintaining strict discipline. After their hedonistic lifestyle in Tahiti the crew would be very loath to succumb to this. Three deserted before the Bounty sailed. They were caught, but instead of the proper punishment of hanging they were flogged. They eventually sailed and with the trees aboard space was even more limited than previously.

Friction between the Officers and crew led to Mutiny and eventually led to 17 sided with Fletcher Christian and 22 with Bligh. Two others were passive, either way. Captain Bligh was placed in the 23' crew launch. As there was only room for 18 in the boat some remained with the 'Bounty'. Bligh's fantastic voyage of 3600 miles in 47 days was a fantastic achievement.

The mutiny from HMS Bounty. a couple of breadfruit trees can be seen on the deck of the ship.

He was court martialed but found not guilty. He eventually returned to Tahiti and completed his mission. Despite that it was a useless task as the slaves would not entertain eating the breadfruit.

Capt. Bligh was later connected to the Humber region again where he was tasked with under taking hydrographic surveys of the estuary in 1797, using the skills he had honed on his fantastic voyage.

There have been a couple of replicas built of the 'Bethia'. The first was in 1962 which was used in the film with Marlon Brando as a star. This vessel visited Hull in 2007 and had many visitors to look round it. Unfortunately it was lost off the coast of North Carolina in October 2012. Another replica was built in 1979 for another film and this one is now based in Hong Kong.

The wreckage of the 1962 replica of HMS Bounty sunk in Hurricane Sandy.