Fact 50. The first statutory Dock Company was in Hull.

The Hull Dock Company was formed in 1773 by Trinity House and a group of Hull merchants. There plan was to build the first enclosed dock in Hull and they were the first statutory dock company in the UK. The Old Harbour (River Hull) had become so  congested it was affecting trade. In 1774 an Act of Parliament was passed allowing them to raise £100,000 in shares. The company opened what was to become Queens Dock in 1778. I don't know where their first Offices were but their second offices were on Dock Office Row right next to the entrance to Queens Dock from the River Hull. They were built in 1820. 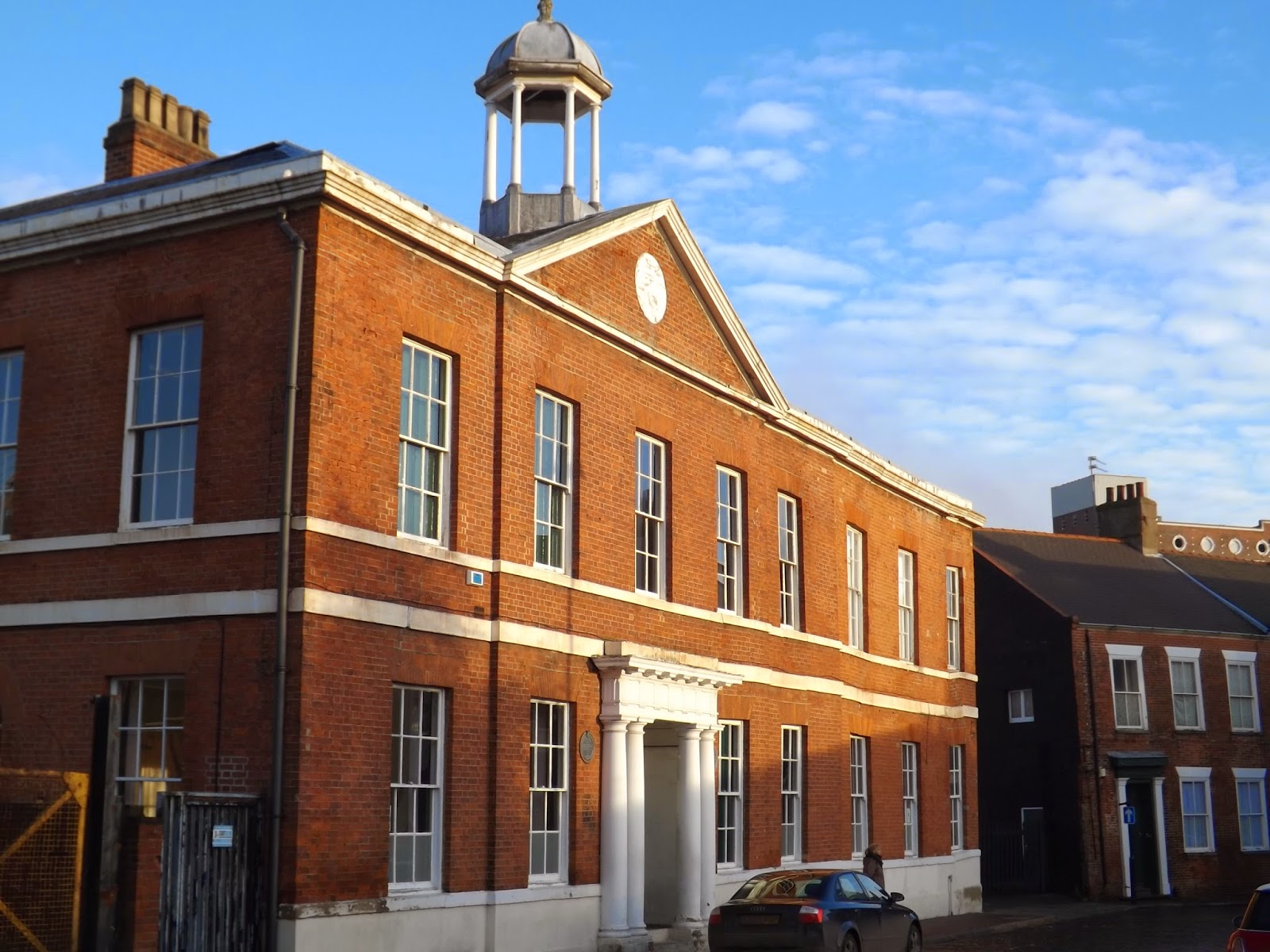 The second Hull Dock Company offices besides the River Hull and the old entrance to The Dock. When the  company trade increased they had new office constructed in 1871and this building became Oriental Chambers and accommodation for oil seed crushers and timber importers. They later house a Finish Seaman's mission. In the 70's they were a club and in the 80's a pub. After that they became part of Hull college catering department

By 1871 the Town docks were completed and further docks had been constructed to east and west of the river Hull and the trade to the port required a new substantial building to house the offices of the vast enterprise. The designer was Christopher G. Wray and was in the Italianate style with a tower at each corner. It  cost £90,000. It was a cleaver design to fit in a triangular plot at the lock between Queens and Junction Docks. They are now Grade II* Listed.

The three towerd new Dock Company Building can be seen by the bridge over the junction between the docks. The column with William Wilberforce's statue can be seen next to it. The bridge is still known as Monument Bridge. Queens dock runs up to the top of the picture. The Dock buildings were later to front on to the newly created Victoria Square that was conceived around 1900, and the Statue of Queen Victoria can be seen in the middle. The large building middle bottom with the dome is the City Hall that was started in 1903 and was in use by 1909. 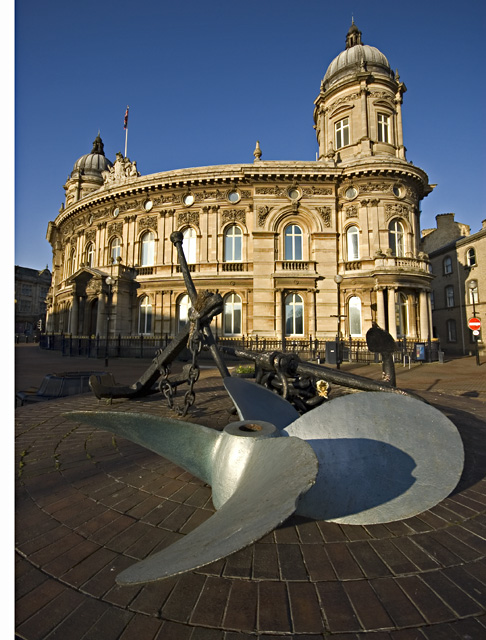 This is the facade of the building that faces Queens Dock and as can be seen was curved. In front  the anchors and propeller form a memorial to all those of the merchant navy that lost their lives in both world wars. 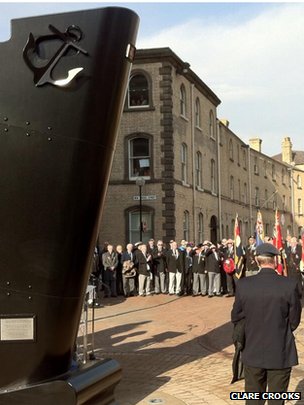 In November 2013 the another memorial to the approx 36,000 merchant seamen that lots their lives was unveiled close by the previous one that still remains. The new memorial represents a 4m high ships bow and cost £30,000.


In side the New Dock Offices the two floors were divided up into offices and the like. The ground floor had a large open plan area for all the general clerks and their desks. There were separate offices for the Dock Master, Resident Engineer and superintendent. On the second floor was a beautiful Proprietors court room, Directors withdrawing room and committee room along with solicitors offices etc. There was a strongroom on each floor for files and other items. Detail of the frieze of cherubs around the Court Room. Each cherub is holding the coat of arms of one of the cities with trade links to the port of Hull. A lovely photo of the Dock Offices taken from Queens Gardens that were built on the filled in Queens Dock.
c/o skyscrappercity.com


The Hull Dock Company eventually faced competition having held a monopoly on dock wharfage until 1885. The Dock Company made good money but most of the investors no longer lived or traded in the area so what was beneficial to the shareholders was not always the best thing for the city and surrounding area. Things like having a full dock with delays for ships was maybe good for the Company but not that good for trade, and this delayed building of new docks. In the end The Hull, Barnsley and East Riding Junction Railway opened Alexandra Dock to the east and the competition started. It drove down prices and led to cost cutting which eventually led to the Dock Company seeking out an amalgamation with a larger company. In they end the were merged into the North Eastern Railway Company in 1893. It was eventually acquired by the City Council in 1968 and in 1975 the Maritime Museum moved in from a previous site in Pickering Park in 1974. I will write a blog about the Museum at a later date.
Posted by NB Holderness at 13:53