Fact 49. East Park is the largest park in Hull.

East park was the third of Hull's public parks (after Pearson Park and West Park) but is much the biggest in the city at about 120 acres. The first tranche of land of 38 acres was bought from the Ann Watson Trust for £17000. The land was out east of the centre of the town and was away from the built up area. The land was also chosen as it would have easy access as it was close to the tram terminus on Holderness Road. The designer was Joseph Fox Sharp, the Borough Surveyor and as soon as the land was purchased he started work. It was to have a carriage drive right round the exterior of the park and good quality housing was to built on the outer side of this road. The drive still exsists but the housing was never completed. Work commenced in 1883 and provided work for between 150 and 200 men in very straitened times before it was opened. The wages of 18s a week would have meant a great deal to them and their families.

The park opened on 21st June 1887 which was the date of Queen Victoria's Golden Jubilee and large crowds lined the two mile route from the city centre to the park. The procession started at the Market Place where a new covered market was opened on this auspicious day and marched with bands etc to the new park. I believe the opening ceremony was carried out by the Mayor, Henry Toozes. Alderman W.F. Chapman made a speech at the opening ceremony suggesting that the park may be called Victoria Park but neither the new Market Hall or park were named after the monarch. Queen Victoria only visited Hull once, in 1854, and I have read that this was thought to be due to the turning away of Charles I at the start of the Revolution and this implied that Hull was anti monarchy. I doubt this was true but it makes you wonder whether that was a reason not to name these amenities after her. Mind you after such a long  reign there would already be plenty with her stamp on it.

The park catered for such activities as football, cricket and boating. The lake was later stocked with fish for angling. When the park opened there was a pong for model yacht racing along  with a boathouse for them. Competition was keen and the results of races were posted in the local papers. There is still a model boat club based at the park to this day. There was a bandstand and concerts were regularly performed. An early addition to the park was an ornamental rock garden which is the largest in a public park in the UK and survives to this day. It was designed by E.A. Peat and was built between 1885 and 1888 using stone from a nearby derelict mansion. The large gorges and cliff faces gave it the local name of the Khyber Pass, especially as this was the era of the second Afghan war ending in 1881. The stone work was adorned with a watch tower from the citadel that once protected the entrance to the River hull and the east flank of the city but had been demolished in the 1860's. The watch tower has been removed and placed in situ at the remains of the citadel near Victoria Dock. 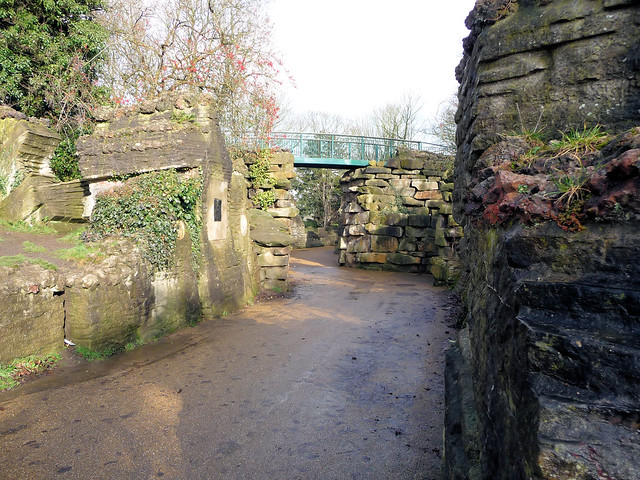 
Land was slowly acquired and facilities added. Tennis and bowls were provided and in 1913 T.R. Ferens donated some land an a boating lake was dug. This was extended in 1923 and this then linked through to the King George V playing fields that were also brought into the park. In 1925 a double arch bridge was built across the lake. Also added was a children's boating lake and paddling pool. An aviary was opened in 1928 and a year later the Splash boat was added. This was built by Wicksteed and is now one of only two or three that survive. The boat drops 22 feet in a run of around 100 feet. The boat cost £1400 and the tower cost £ 474 and was built by the council. It is released from the tower and plunges down a rail before making a huge splash and spray in the lake before being hoisted back up the tower to do it all again. It is a must for all Grandparents with their charges in the summer. By 1930 the park had reached it's fullest extent after taking in the boating lake land, the King George V playing fields and some disused clay pits. Efforts were made after WWII to restore the park with the building of islands in the boating lake and a dance hall to the southern edge. A Veterans Hall was built next to the dance hall a little later along with tennis courts. An area for small animals was added in 1963 where wallabies, emus and deer could be seen and the next year an outdoor swimming pool was opened.

There appeared to be a decline over the following years until in 2000 when a Lottery fund application was made and over the next few years over £10 million has been spent on the park. It is now extremely busy with all age groups. There is an Animal Education Centre with a walk through aviary, The splash boat has been restored and is open every summer. As the park is so large the large free outdoor concerts are held there as is the regular Saturday Park Run and other lifestyle and sports events. the children's play equipment is up dated and the up keep of the flower and grassed areas makes for a lovely setting for every outing. There is plenty of space for anything you want to do. 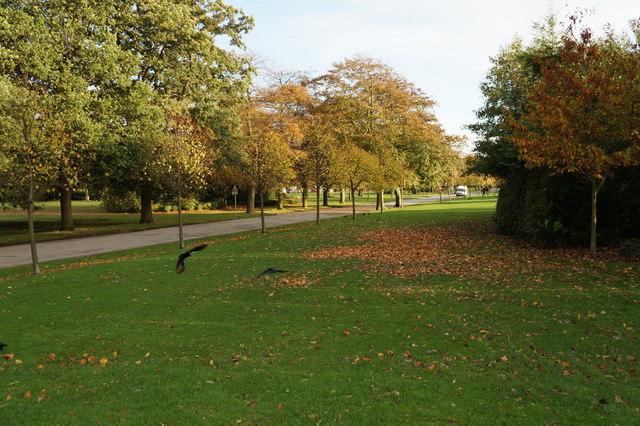 I am expecting that East Park will be a venue for many of the larger concerts and events of the Year of the City of Culture, but when not hosting  such things it is a great place to be 'of the City' but not 'in the City'.
Posted by NB Holderness at 05:56