Fact 4. The largest privately owned shipping company in the World.

By 1850 three sons were in the business, David, Charles and Arthur, and 1891 it became a limited company.
1878 they bought Brownlow Marsdin &Co Ltd.
1903 they acquired Bailet and Leetham.
1906 formed a joint company with North Eastern Railway Co.
1916 they sold the business to Sir John Ellerman. The shipping company continued under the name of Ellerman Wilson Lines.

Wilson Line were early adopters of  steam ships, 1825. This helped the growth of the Port of Hull as the Humber estuary was very dangerous and time consuming for sailing ships to navigate to Hull. Hull became the third busiest port in the coutry at this time. Their initial cargoes were iron ore that was destined for the Sheffield iron trade, making use of the rivers and canal system. There main ports were Bergen, Tronheim, Gothenburg, Stavanger, Kristiansand, Vadso, Oslo, Copenhagen, Riga, Hamburg, Stettin and Danzig. In later years they had routes to take in the Asdriatic, Black Sea and Mediterranean. They experimented with routes to India and USA. They soon branched out and were taking out mainly textiles and coal and bringing back fish, timber, live cattle and pyrites. However the main 'cargo' became emigrants! These traveled from their home ports to Hull or Grimsby where they were transferred to the sailing ports such as Liverpool. Wilson's were dominant in the trade and were able to offer an all in one price for the trip to America and Canada. They had agreements with the transatlantic and even tried direct sailing to New York for themselves. Hundreds of thousands were carried from their homelands and put on the boats to populate the Americas.

Later in the winter months they offered winter cruises From January to April 1890 the itinerary was Madeira, Nice, Malta, Constantinople, Odessa and back to Hull.

The last on, Arthur, died in 1909 and with the losses of the First World War the heart went out of the company and it was sold. The company lost three ships in three weeks, along with several others through out the hostilities.

The funnel colours were red with a black top an the names all ended in 'O'.

SS. Calypso. Built in 1904, taken up by the Admiralty as HMS Calyx for work in the Atlantic but found to be too small so returned to her Owners. 11-Jul-16 she was sunk by a torpedo fired by U53. 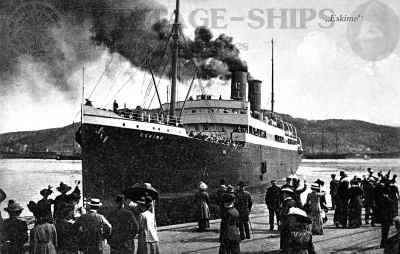 SS. Eskimo. Built in 1910 she was also requisitioned by the Royal Navy for Atlantic duties and found to be too small. She returned to her old routes and was captured by a German Auxillary Cruiser off Arendal in July 1916. She became a net layer for their Navy until after the war.

RMS. Aaro was built in 1909 and was the first Wilson ship with WT aerials flown between the masts. She was torpedoed off Stavanger 1-Aug-16.

The old office building survived the WWII blitz and is used today as an indoor bowling alley and radio station. It located close to the Railway Dock which is now part of the Marina and next to the Ice Arena. 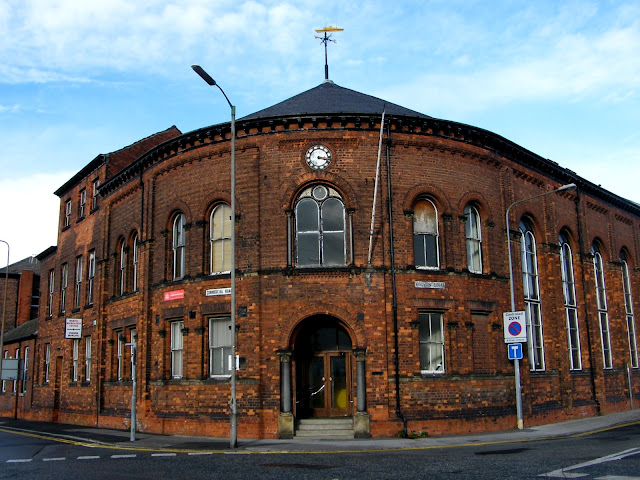 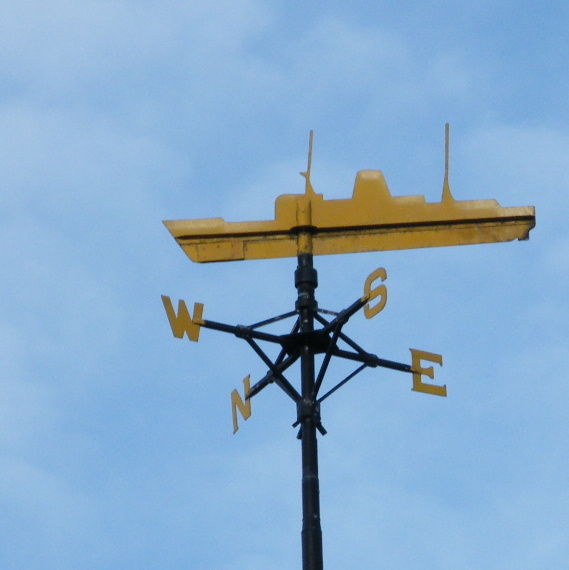