Not many people have made such  large and lasting change to their city as Alfred Gelder. So much so that a main thoroughfare in the city centre was named after him.

Sir William Alfred Gelder was born in May 1855 in North Cave to the west of Hull. His dad was William Gelder, and this may show why junior was always known by his middle name of Alfred. William was a joiner, wheelwright and later a timber merchant. It seems that he was educated at the village school until age 15 when he became apprenticed to his father. Nobody seems to know why but Alfred soon decided against following in his father's footsteps and left for Hull to pursue a career as an architect. He found time to marry Elizabeth Parker from Hull in 1877 and they had three children, two boys and a girl. It is unclear how he gained qualifications but 8 years later  he set up an architectural practice. It is known that he had a Bachelor of Arts degree and later became a Fellow of the Royal Institute of British Architects, and later still a Fellow of the Royal Institute.

In 1892 he took on a partner in the practice, Llewellyn Kitchen and the firm of Gelder and Kitchen was born. Whether having a partner allowed Alfred Gelder more time for other matters or not, it coincided with him taking his first public office, as a member of the Hull School Board. This was a start of 43 years of public service.He was later elected to the Council as a councillor for Drypool ward.  He was Mayor from 1899 to 1903 and was made an Alderman in 1925.

Alfred Gelder, around
Gelder started his practice at the time of the Victorian boom in industry and social change, and this gave him ample scope for tendering for the designing new buildings. His Methodist persuasion meant that he knew many of the movers and shakers in the area and was able to secure contracts. The practice became well known for the design of Methodist Chapels such as the that at Cottingham and Brunswick on Holderness Road, as well as all over the country. He also knew Joseph Rank and another of the firms specialisations was the design of buildings for the flour milling for them and many other around the country. He also designed many oil seed crushing mills and this industry became a main stay in Hull along the River Hull corridor. 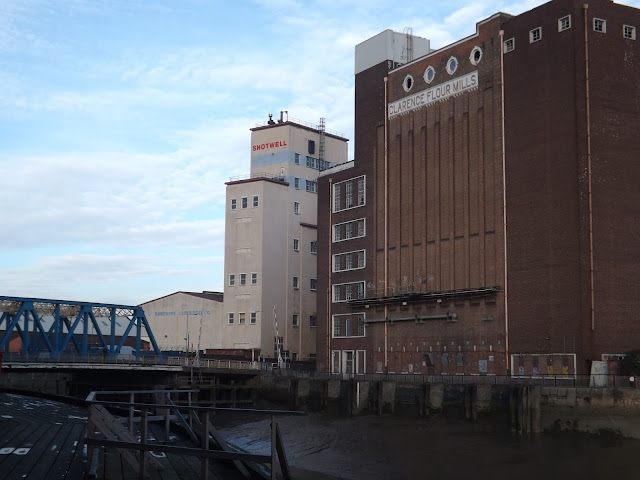 The River Hull looking north east with the lifting Drypool Bridge that was on the new road designed by Gelder and Kitchen and the Clarence Flour Mill that Gelder designed for Joseph Rank and opened in 1891. This building has now been demolished and is to be the site of an hotel in the future. 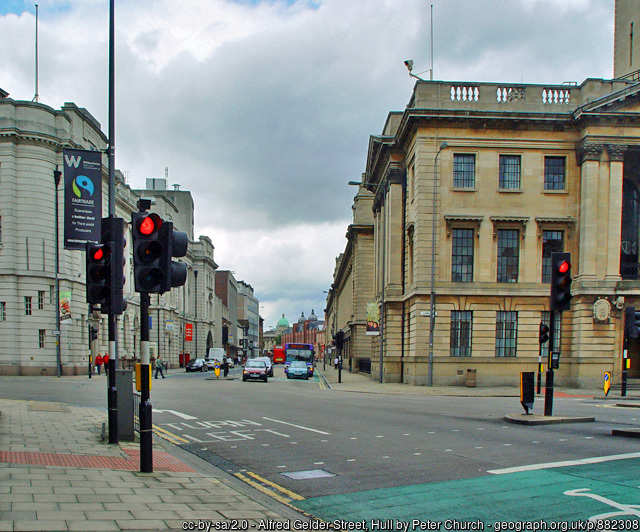 Looking west down Alfred Gelder Street with the Guild Hall on the right and the Old Post Office on the left.

Perhaps Alfred Gelder is best known for his name being given to a street in Hull. Alfred Gelder was Mayor and a prime mover in clearing the cramped maze of alleyways and streets to the north of the Old Town, that would have been within the old walls and the replacing Queen's Dock. These days the  fact the the senior partner of an architectural company was involved with the design and planning of a very large development would raise more than a few eyebrows. It is said though that the development was at no cost to the rate payers. A new road was pushed through to the Junction Street Scheme that was the Creation of What is now known as Queen Victoria square, along with the civic buildings there. The road crossed the River Hull on a new bridge now called Drypool bridge. Originally the road was called Alfred Gelder Avenue, but I think it's change to Street was for the better. In front of the Guild Hall and the Wilson statue at the the junction of Lowgate and Alfred Gelder Street can still be seen the Gelder and Kitchen designed Maritime Buildings. 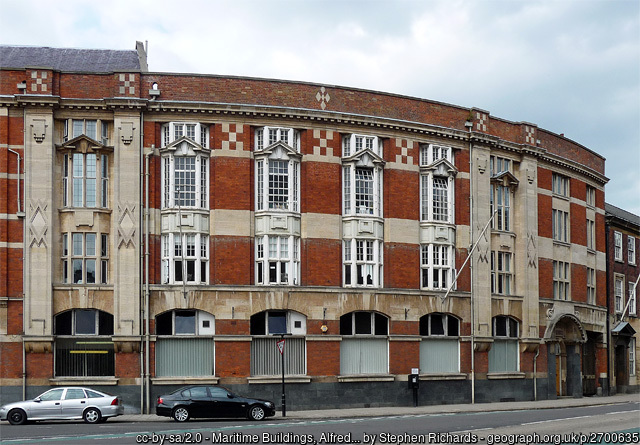 In 1903 Gelder was the Mayor when the Prince and Princes of Wales arrived in Hull to unveil the Queen Victoria Statue, lay the foundation stone for the new City Hall and a commemorative plaque at the Infirmary that was then in Prospect Street. That year he was also made a knight of the realm in the King's birthday honours for his services to architecture and the City of Hull.

In the 1920's Alfred Gelder's son Teddy joined the practice and the company continued in the city until very recently. There are some intriguing reminders left of the back courts and slums that were replaced by the creation of a new route through the town and we now have the marvelous buildings that add much to Hull's built environment.
Posted by NB Holderness at 07:41