Fact 63. Land of Green Ginger is in Hull.

However the Land of Green Ginger is a much more  concrete place and lies in the middle of the City of Hull. It is in the middle of the Old Town and so was enclosed within the walls of the old centre of the town. The name conjures up all sorts of Oriental pictures, spice markets, souks and bazaars with camels and monkeys etc but unfortunately it isn't anything like that .

It is thought that the street was originally was called Old Beverley Street. It still leads to the north in the direction and although the remains of Beverley Gate are to the north west corner of the the old walls there may have been a postern gate for access to the north. It is said that the name changed around the end of the 1600's by a Mr. Richardson.

Green Ginger is root ginger that has been cured using lemon juice so must have been a very exotic thing in those days so it may have been named after the area where spices imported up the River Hull were stored but there are several competing explanations of the name. 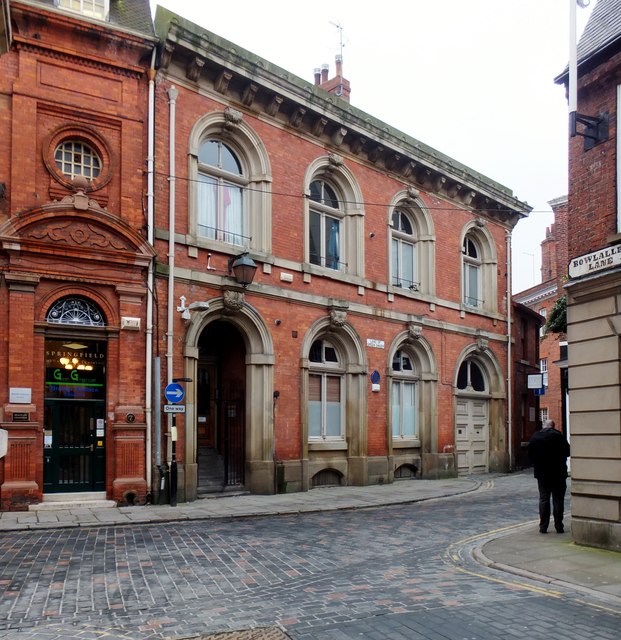 Land of Green Ginger seen from the corner of Bowlalley Lane.

There has been along history of Dutch folk residing in Hull. perhaps it is as it is a home from home with regard to the huge skies that can been seen from such a vertically challenged city. One such family lived in the area of the Land of Green Ginger called 'Lindegreen'. This translates as green lime trees! The family were in the area at the start of the 19th Century. It has been suggested that the modern name could be a corruption of 'Lindegroen Jonger' or Lindegreen Junior! 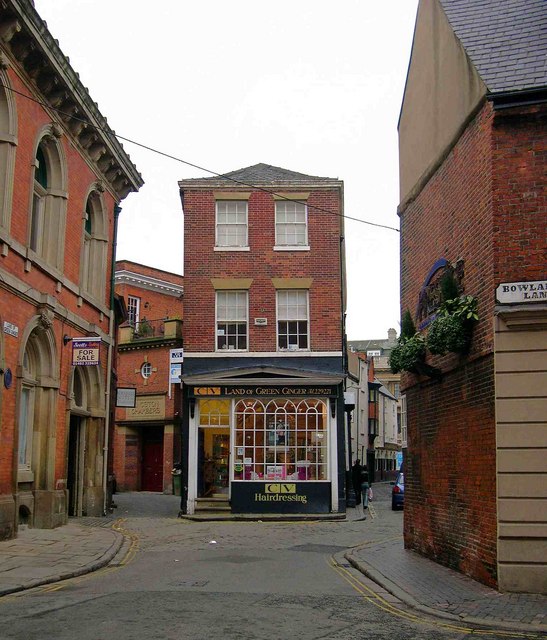 Another theory is that in around 1880 a family called Landgrave had a house in the area. There is an old English word granger meaning walk so Landgrave Granger could have become Land of Green Ginger. I still like the idea of the smells and sites of spices pervading the atmosphere of the old town. 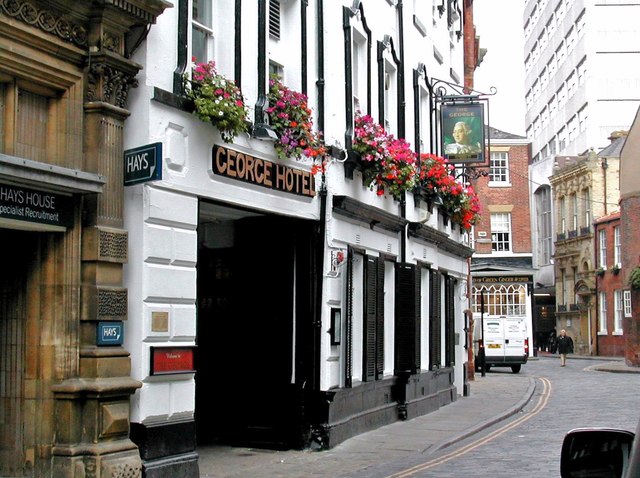 On of the highlights of the street is the smallest window in the country that can be seen above the red sign by the arch way of the George Hotel. More about this can be read on Fact 5.

The name has been a source of inspiration to writers through the years. In 1927 Winifred Holtby who was born a few miles away on the Yorkshire Wolds wrote 'The Land of Green Ginger'. In 1937 Noel Langley wrote a children's book called the 'Tale of the Land of Green Ginger' and Alan Plater also wrote a 'Play for Today' with the name in 1973. It has also been used for a collection of poetry and for music tracks. The Blue Plaque associating the street with the novel by Winifred Holtby.

Although you may not think that in reality the street does not live up to that conjured up in the imagination it is at the heart of the Old Town and is an area full of reminders of times past. Where ever you are in the area I would recommend looking up as there are many more clues above street level to the past history and glories of times past that are not seen when looking down at today's modern times.
Posted by NB Holderness at 08:56