Hull is built on very low laying land next to an estuary so water has always had to be sourced from away from the town. There were several springs to the west of the town and these were linked to the town walls by building dykes. There was always trouble with the landowners as the drainage from elsewhere had to be blocked to prevent pollution of the water, and also from ingress from inundation from the estuary. In 1376 another source was to be opened up nearby and this was from Julians's Well and the dyke Julian's Dyke but also Derringham Dike. This was the springs at Springhead. In 1449 North Ferriby Priory gave permission to lay pipes from the spring to close to the town walls. Lead pipes were used. The system was maintained until 1461 when something must have happened as the corporation ordered the lead to dug up and sold and it was back to supply by ditches. A limited supply by pipe was started again in 1613 and this did develop but never covered the old town never mind the ever increasing land area and population as the Town grew. A lot of water was carried from the springs in water carts to the houses etc.

In 1843 the need for water had grown and an Act of Parliament was obtained to draw water from the River Hull from the bend near Clough Road and the Stoneferry waterworks opened in 1845. The water was of questionable quality and after a cholera outbreak in 1849 the possible supply from the springs were turned to. Engineers re-looked at Springhead and concluded that it couldn't supply the shortfall. However a local man William Warren offered to supply 5 million gals. of water a day from the Springhead wells, and the Town Corporation accepted his offer. He drilled a new well and started supply as before with 4.5 million gals. Springhead waterworks were built to increase the rate and started a pumped supply of water in 1862. 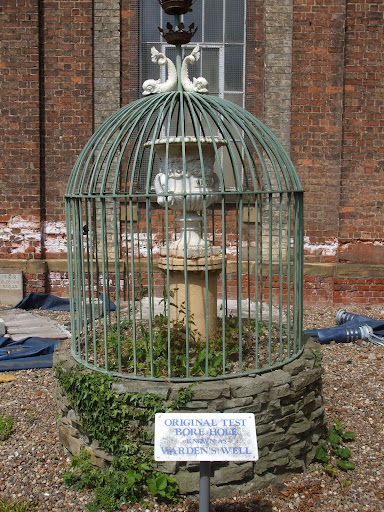 The original bore hole made by William Warden to test the possible supply rate. 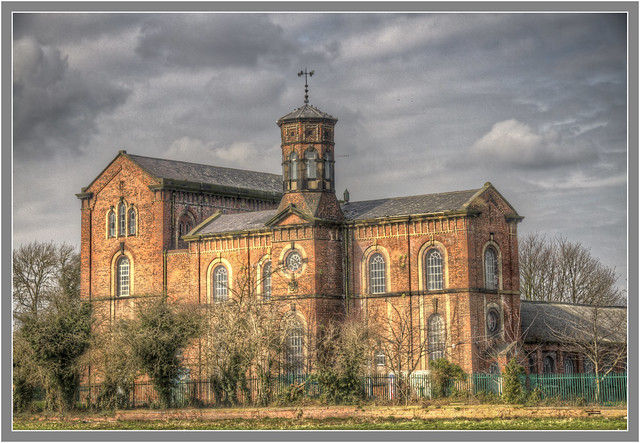 The Springhead Waterworks. Built of red brick with white brick details. The original building is that nearest the camera with the octagonal lantern above the enclosed external staircase. The three story building was added in 1876 to house a It was built to enclose a 40t Cornish beam engine that was called the Woodhouse Engine. 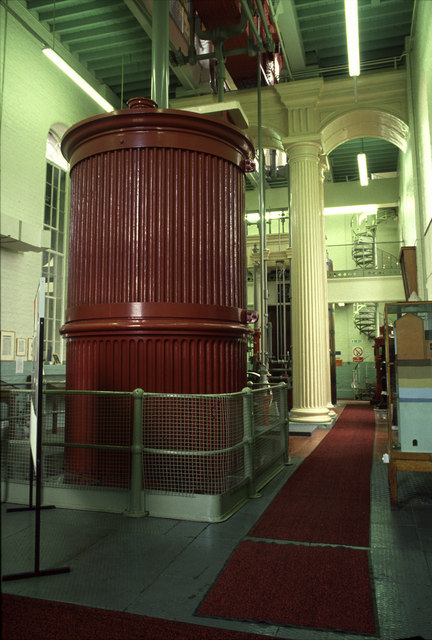 The Woodhouse Engine increased the supply of water to 6.75 million gals. a day. Further pumps were added and other buildings added. In 1884 the Jackson's Fountain pump was added to increase the flow by up to 4 million gals. a day. The Bowling engine was also added to add 7 million gals a day. I believe the photo above is of the Jackson Fountain Pump. The Woodhouse pump may have been decommissioned in 1910. The Jackson Fountain Pump was last used in 1952. The beam was supported on Doric arches.

The tall chimney was knocked down around 1956 as it was no longer required.

In 1957 the Waterworks were fully up dated to electric pumps and these were the generators supplying the electricity. 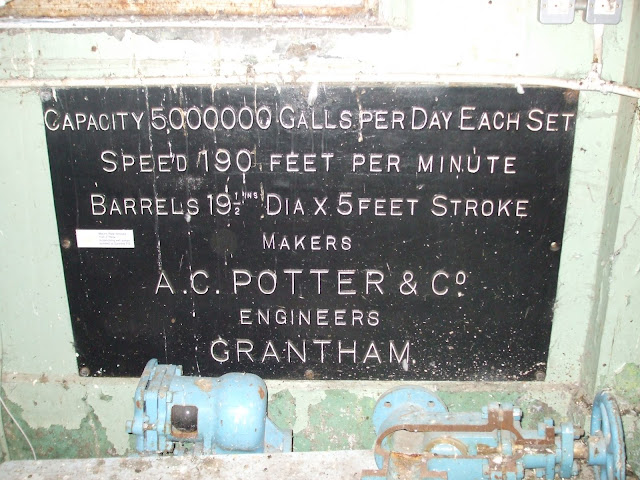 The details of the Jackson Fountain pump.


After the waterworks became redundant it became a Water Museum and the buildings and engines were part of the display. The buildings made a fantastic space and it was a real shame when the museum closed again. Wouldn't it be nice to have the place open again for use as a venue for music and community plays etc for the year of the City of Culture and then leave a lasting monument to the past that can be used today and in the future.
Posted by NB Holderness at 10:04