There has been an organised ferry across the Humber from Lincolnshire to near to Hull since 1315 when a grant was given by the King to run such a ferry. It ran to connect the road from London to the road on the north bank to Beverley and York. The tolls charged were passed to the King. The rights to run a ferry were disputed by Barrow and Barton until settled in 1371. There were many private boatmen offering a trip across the estuary. The organised one hadn't really become very efficient by the 17th Century and the lease changed hands often. The toll hadn't increased at all until 1656! In 1796 Hull Corporation bought the lease for £3000. and the Barton Ferry was called the South Ferry.

Another ferry started up in competition from Barrow in 1826. Hull Corporation had banned the market boats that ran from every creek in the estuary to Hull from carrying passengers so they tried to stop this new ferry too. But as they didn't comply with the grant of 1315 by providing ferries to other places in Lincolnshire they had to let it pass. It didn't make money any way and closed in 1851.

A ferry from New Holland was started in 1825 and the first steam ship brought a good regular service of  three sailings a day arrived in 1832 with the 'Magna Charta', and joined by 'Falcon' in 1839. The Royal Mail was moved from using the Barton Ferry to the New Holland and the with the railway arriving the Manchester, Sheffield and Lincolnshire Railway obtained the lease for the New Holland ferry in 1846. The subsequent railway companies kept the lease until British Rail took it on in 1965.
Paddle tugs were required as the water of the crossing was frequently shallow as the mud and sand shifts constantly and the ferries have even been delayed due to have been aground!

Sister to Killingholme was the Brocklesby of 1912. She was moved to Scotland and scrapped in Holland in 1936.

Built as a Clyde Ferry and transferred to the Humber and named Frodingham in 1926.

Built in 1934 the Tattershall Castle was sold in 1975 and is still a floating restaurant on the Thames Embankment. 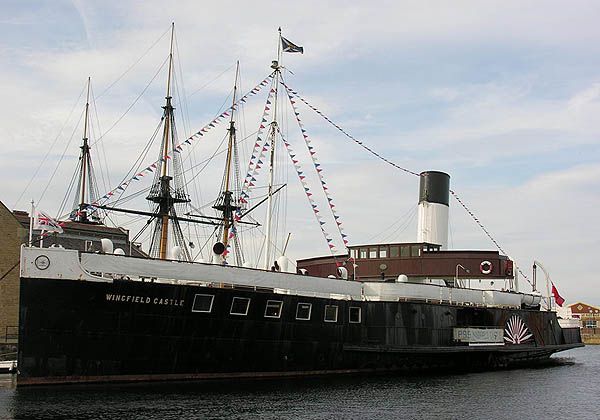 Also built in 1934 and sold in 1975 the Wingfield Castle also became a restaurant but is now in the Hartlepool museum. 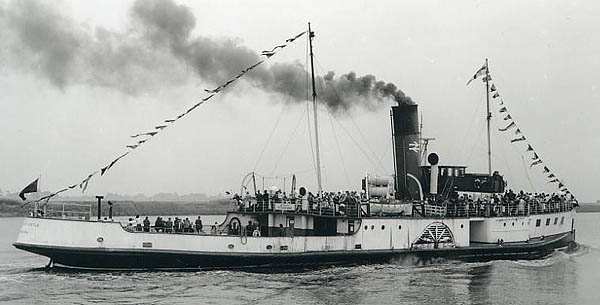 Lincoln Castle was built in 1940 for the route and remained there until 1978 when she was withdrawn due to boiler trouble. She was sold and became a restaurant ashore under the new Humber Bridge and then moved to Grimsby before being broken up. Lincoln Castle was the last coal fired steam paddle tug. 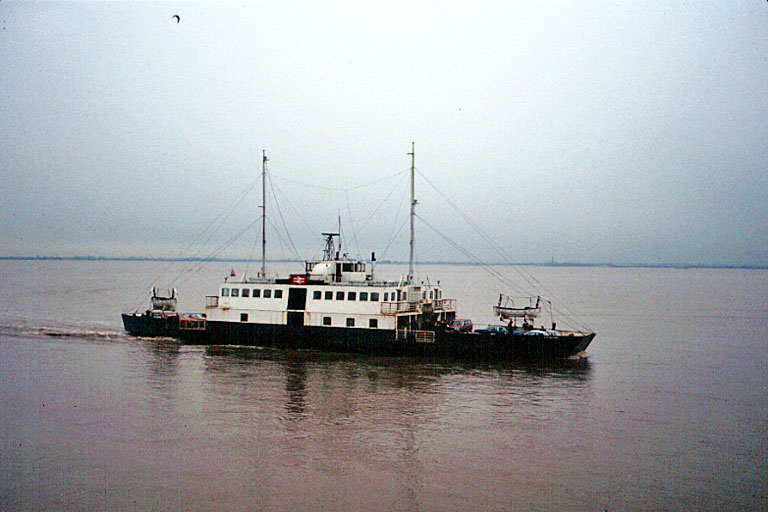 Farringdon was the last ferry on the Humber and was from the Isle of Wight route. It stopped service 1981 when the bridge was opened.

I have often felt that Hull does not make the most of it's water front and turns it's back largely on ships, especially now the fishing fleet has disappeared. I think that it would be wonderful to offer trips on the Humber from a large ferry/passenger vessel. There could be short trips from Hull to the bridge and to Grimsby where there is always sufficient water, and even shorter trips up and down the water front of Hull from Paull Fort to the Humber Bridge. The use of the Pier in Hull would also revitalise the area and be a big draw for the Fruit market area. There are enough commercial operators in the area to make this possible.
Posted by NB Holderness at 14:16