The current Hull prison was opened on Hedon Road, opposite Alexandra Dock, in 1870. Previously the Prison had been in the Blockhouse fortification on the East bank of the River Hull, where it guarded the 'Old Town'. The last but one was built on Kingston Street, south of Railway Dock, which is part of the current city centre marina, between 1827 and 1830.

The new prison was built following great reforms in the treatment and housing of prisoners. In 1831 they were still setting inmates to the tread wheel to grind corn. After 1836 the regime was to keep prisoners silent at all times. Wardens were each allowed to keep a pig in the prison until 1841! By 1848 prisoners had to be provided with a full set of clothing and had to be allowed a bath once a month too! In the 1850's inmates welfare started to be attended to with the appointment of a school master but the severe overcrowding meant that control had to be maintained by using many punishments and loss of privileges and the worst it became was in 1862/3 when there was a total of 1418 in the prison, 960 men and 458 women. The new prison had a panoptical designed which meant that all the wings came off a central area so they called all be viewed from one place.

Hull Prison was designed to take both men and women but by WWII it had become a Military Prison and later a Civil Defence Depot. In 1950 it reopened as a closed male Borstal, but by 1969 it had been upgraded and became one of the first maximum security dispersal prisons. In 1976 there was a riot of inmates that lasted five days and closed the prison for a year. In 1986 it started its present life as a Category B prison for local male and remand prisoners. The capacity is for 762. 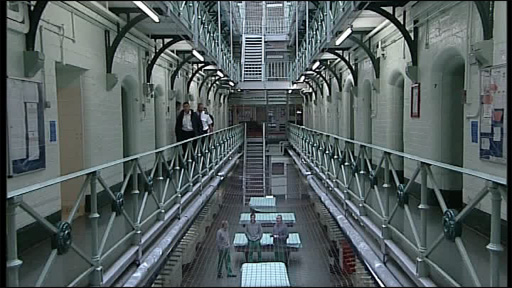 Inside Hull Prison.
From BBC Look North film 2008 when Hull Prison was named one of the best local prisons in the UK.

Ten people were hung at the prison between 1902 and 1934. The last was the one and only woman Ethel Major on 19th December 1934. Ethel had been born Ethel Brown in Lincolnshire, the daughter of a game keeper. In 1918 she married Arthur Major who had finished WWI a hero but with serious wounds and they had a son. Before marrying though Ethel had had an illegitimate daughter who, because of the stigma of the time, was brought up by the family as her sister. She did not tell her husband. As the years passed Arthur's wounds made him cranky and  prone to drink. Ethel became bad tempered and the marriage started to break down. Things were so bad that Ethel started to sleep at her Fathers house with their son each night rather than at home. Ethel was not very well liked by her neighbours. In the spring of 1934 Arthur was at work eating his corned beef sandwiches which when he took a bite tasted awful. He through them away and told his mates that he wouldn't be surprised if his wife wasn't trying to poison him. The birds that ate the discarded meal died! 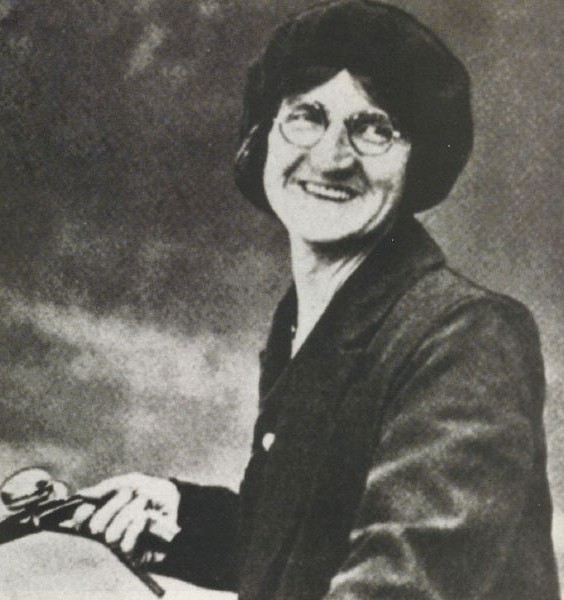 Later in the year he arrived home feeling very unwell and took to his bed. Later in the evening the Doctor was called as he was sweating, having convulsions and was unable to talk. The Doctor diagnosed a mild epilepsy and gave a sedative. The next day Ethel went back to the Doctor to tell him her husband was dead, and started to make funeral arrangements. There it may have laid but the next day an anonymous letter was delivered to the Police Station intimating that it was poisoning and that the writer had heard his wife say she would kill him, and a neighbours dock had died the same day. The police halted the funeral arrangements and a pathologist was called in to do tests on both the dog and Arthur. He found both had died of strychnine poisoning. Ethel continued to deny involvement claiming it must have been food poising as she never touched the stuff and she was fine. How ever during a later interview she said that she hadn't known that her husband had been killed by strychnine. As the name of the poison used had never been revealed by the police this slip was to prove crucial. The police searched the house and could find no evidence. They then remembered that her Father was a Gamekeeper and  could have poisons legally at hand. All his poisons were locked in a safe cabinet and he only had the key, but another had been lost a while previously. The Police again searched Ethel's house and every key they found was checked with a lock there. Only one could not be identified and when tested that fitted the poison cabinet at her Fathers.  Her fate was sealed. The jury found her guilty after only an hour and she was committed to at Hull. She had to be virtually carried to the gallows and the executioner was Thomas Pierrepoint. She declared she was innocent to the end and it is said that her ghost still haunts the buildings.

The Pierrepoint family were executioners in the UK for many years. Henry was the first to take up the job and then trained up his brother Thomas. Thomas was a hangman for 39 years. He trained up his nephew Albert, who is probable the best known as he is styled the last hangman in the UK. (but there were several approved at the time of the end of capital punishment). Tom was on the list of approved hangmen until into his seventies and his last was in 1946. Albert may have been his assistant in December 1934 as by 1936 he had become fully trained and moved from the list of approved assistants to that of the senior executioners. Between them the family of three must have hung almost 1000. Tom and Albert around 800. In his memoirs Albert said that he didn't believe that capital punishment acted as any kind of deterrent. Hanging for murder was stopped in 1965 (1973 in Northern Ireland) but it wasn't until 1998 that it was abolished in all circumstances.